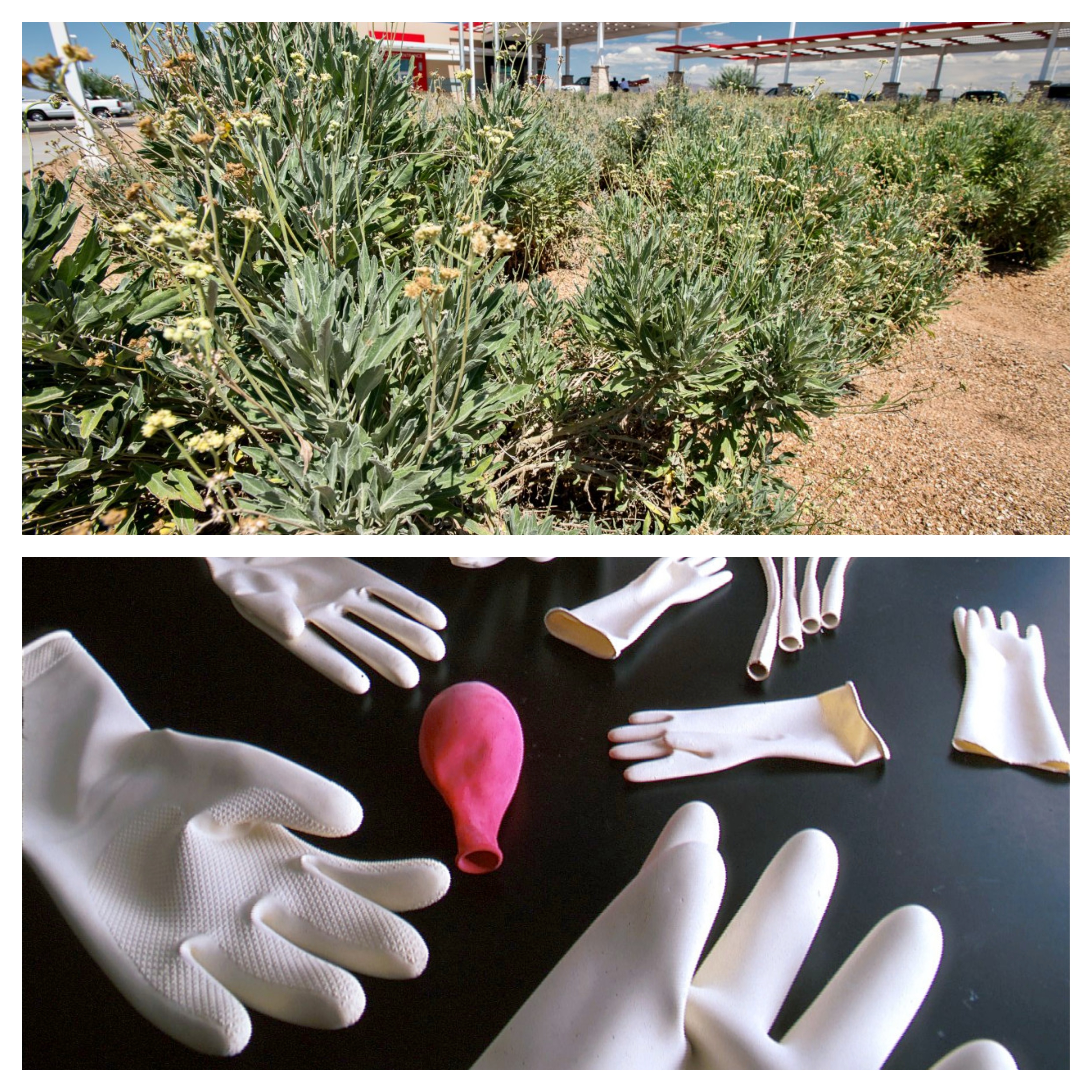 Guayule is the shrub and, if Bridgestone has its way, that scruffy desert plant could deliver some diversity and stability to the company’s supply of natural rubber. Pronounced “why-u-lee,” the plant is native to northern Mexico and the southwestern U.S., primarily Texas.

It doesn’t look like much, but snap a branch and out oozes a clear, very sticky, latex. Harvesting that latex in large quantities is the goal of a significant Bridgestone research investment.

While the farming work has been ongoing since 2011 in a desert farm in Eloy, AZ, a major milestone was reached on Sept. 22, 2014, when Bridgestone celebrated the opening of the Biorubber Process Research Center (BPRC) in Mesa, AZ. It’s at that pilot plant that Guayule, grown in Eloy, will be crushed and processed, and the latex extracted.

I always find it exciting when a company makes a significant research investment, particularly when the research is in an area in which the results have the potential to come up short of expectations.

What’s even more exciting is that this is not a token investment to give people a chance to play around in a lab and see if anything develops. Bridgestone “came to play” with this one and it’s going to be fun to see the results.

For obvious reasons, a consistent, reliable, diversified supply of tire-grade rubber is the goal of this effort and the researchers are confident they can produce it.

The Guayule latex is essentially identical to the latex produced by conventional rubber plants. The trick is to produce enough of it fast enough so that it makes a significant contribution to the overall Bridgestone rubber supply.

The interesting thing is that, to an unbiased observer, the latex is, in proportion, a small byproduct (5.5%) of the overall process. The primary product is what the scientists refer to as bagasse, which is all of the wood product that results after the sticks are crushed and the latex, tar and water removed.

Bagasse makes up 73% of the defoliated plant material. Since the Bridgestone goal is to use all parts of the guayule plant (the pilot plant does not have any waste stream and there aren’t any plans to add one), the bagasse is targeted for use in fiber boards and insulation foam. The obvious short-term application is to use it as a fuel.

One of the secondary products (6.5% of the product output) is a resin, which is a viscous fluid, similar to pine tar. Researchers think it has potential for use in flex pavement and adhesives.

It’s also been discovered that insects want nothing to do with the resin and there is potential that, if impregnated into building materials, it can serve as a long-term termite repellent.

Note that these options still require extensive research before they become reality. It’s probably safe to say that use of the bagasse in fiber boards won’t take a great deal of research.

Bridgestone scientists know that the latex will make quality tire rubber because they’ve already made tires with it. The challenge is getting plants from seedlings to maturity fast enough and in large enough quantity to make a significant contribution to the rubber supply. Currently, the growth period is 3 yr. They’d like to get that to 2 yr. Three primary factors will play a role in determining how soon they reach that goal.

One is to improve plant genetics through selection and cross breeding, which is not a simple task. Guayule presents some challenges that would drive a botanist to drink.

Guayule is a desert plant, so it doesn’t need a lot of water, but the quest is to determine the optimum amount, how best to provide it, and how the plants are placed in the ground so they can develop good root systems and make maximum use of what water is available.

The overall goal of the agricultural operation is to develop some basic “recipes” that can be shared with farmers to give them the best chance of producing a consistent and optimum crop.

After the Guayule is harvested, the leaves are removed and the plants reduced to bare twigs. These twigs are bound into bales. While they are about the same size as a standard hay bale, you can’t simply pick one up and heave it onto a truck because they weigh at least a ton each.

Once the plants are reduced to baled twigs, the latex-extraction process begins. Obviously, the Bridgestone people didn’t share processing details but, generally, the process involves crushing the plant material and using solvents to extract as much latex and resin as possible, leaving behind essentially clean wood material and some water.

In what we learned about the process and what we saw while touring the plant, I was most impressed with the fact that there literally isn’t any waste from the plant.

Most impressive is that the solvents they use, which are quite volatile, are, essentially, 100% recovered/recycled and reused. I fully expected that they would lose small portions of the solvents as a normal function of the process.

The next step at the research center is to start processing Guayule and refining the latex-extraction techniques. Much will be learned in the near future.

They fully anticipate that the entire process will utilize every aspect of the Guayule facility, a desert shrub to change rubber equation and do so without producing any materials that need to be disposed of in a waste stream or landfill. If they are able to diversify their rubber supply in this way, it will be an important step forward.